We would like to offer our sincere support to anyone coping with grief. Enter your email below for our complimentary daily grief messages. Messages run for up to one year and you can stop at any time. Your email will not be used for any other purpose.

Share a memory
Obituary & Services
Tribute Wall
Read more about the life story of Eugene and share your memory.

At the age of 92, Eugene Brewer of Rock View, West Virginia, went peacefully to be with the Lord on the
morning of January 10, 2023. Eugene was born to Fisher Franklin and Mahalia Brewer in 1930, in
Garrett, Kentucky. He married Freda Stewart in 1955 and they had three children – Jeffrey, Cathryn, and
Deborah.
Eugene was admired and respected as a skilled tradesman with a strong work ethic. His early days were
spent working as a lineman for a telegraph company. After a two-decade career in commercial painting
in Michigan, he relocated his family to West Virginia, at the request of his wife who longed to return to
the mountains. Settling on a portion of the family farm at Coon Fork, he started a career in the
maintenance department at the Wyoming County Board of Education, further expanding his wide array
of skills.
After retirement, Eugene remained very active and productive, maintaining the house, grounds,
gardens, and greenhouse. Even in advanced years, he could be found falling trees, splitting firewood, or
on the roof cleaning the chimney flue. Eugene had an open-workshop policy, offering problem-solving,
tools, or a helping hand to friends in need. Throughout their marriage, he and Freda raised vegetable
gardens, preserving the fresh produce for the family to enjoy year-round. In later years, Eugene began
to pass along his lifetime of gardening skills to family members. On a clear summer morning, he could be
found working in one of the gardens alongside his son Jeff, daughter Deb or granddaughter Allie.
Eugene enjoyed fishing, hunting, and boating in his early days in Michigan. He continued hunting in
Doddridge County with his son Jeff, close friends, and neighbors. An accomplished woodworker, he
crafted several beautiful pieces of furniture for loved ones.
On his 92nd birthday, Eugene was presented a handwritten book of sentiments and memories. On the
pages, his children and grandchildren contributed these words to describe him: Strong, hard-working,
intelligent, talented, supportive, brave, loyal, resilient, loving, witty, creative, innovative, generous,
resourceful, honest, and respected.
Preceded in death by his father and mother, brothers Harold and James, and sister Joy Lea, Eugene is
survived by his wife, Freda, of 67 years, their three children, four grandchildren, Addie, Allie, Haley, and
Hannah and two great-grandchildren, Tucker, and Roan.
Eugene professed Jesus Christ as Lord and Savior and enjoyed the counsel of dear friends Steve and
Mike, both of whom served as spiritual mentors. Faithfully listening to the Rockcastle Baptist Church
broadcast every Sunday morning, he was steadfast in his prayers. He was never alone during his final
weeks, with Jeff and Cathy remaining faithfully by his side, ensuring his comfort. He left this world with
the assurance of the gift of eternal life.
In keeping with Eugene’s wishes, he will be cremated and laid to rest at the James Stewart Family
Cemetery at Keyrock. A memorial service will be held in the spring, at the cemetery, with details to be
announced later.

To send flowers to the family or plant a tree in memory of Eugene Brewer, please visit our floral store. 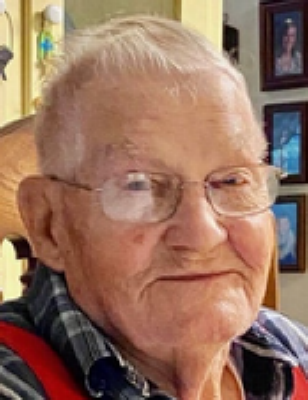 Look inside to read what others
have shared
Family and friends are coming together online to create a special keepsake. Every memory left on the online obituary will be automatically included in the book.

Look inside to read what others have shared

Family and friends are coming together online to create a special keepsake. Every memory left on the online obituary will be automatically included in the book.

You can still show your support by sending flowers directly to the family, or by planting a memorial tree in the memory of Eugene Brewer
SHARE OBITUARY
© 2023 Evans-Calfee Funeral Services. All Rights Reserved. Funeral Home website by CFS & TA | Terms of Use | Privacy Policy | Accessibility